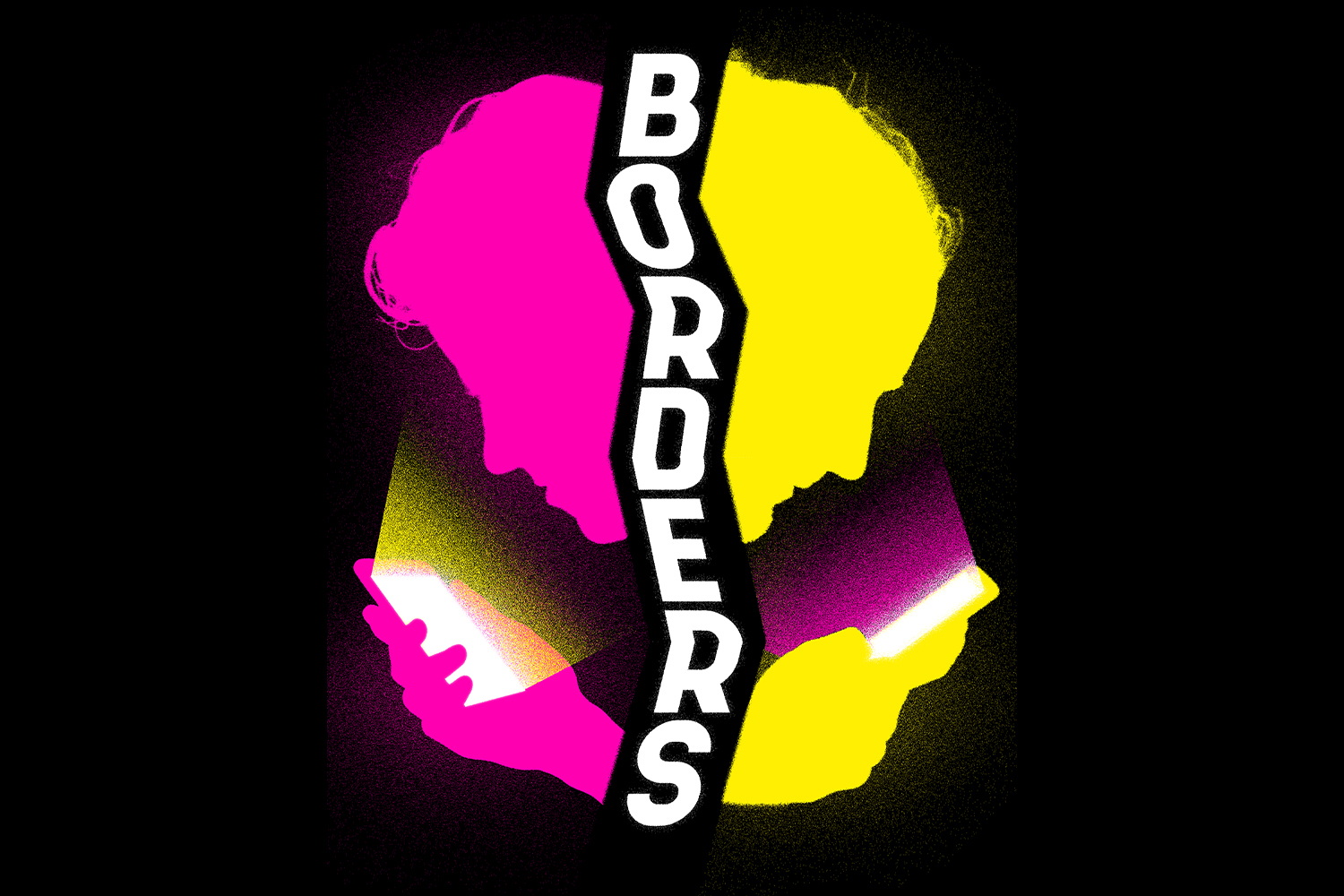 Performed as part of a double bill with Ash Mukherjee: Vishnu’s Got My Back

Junction Theatre is proud to present its debut production – Borders.

Borders is a play about a Grindr encounter between two potential enemies, written by Nimrod Danishman.
Boaz and George meet on Grindr. One in Israel, the other in Lebanon. Though they can’t hook up physically, something in their conversation excites them both. The distance, the “enemy”, the foreignness, the other’s stories. They both fill a void in the other, fostering a secret love, but as their urge to meet increases, the border between the countries heats up.

Junction Theatre would like to thank Shout Festival, NDT Broadgate, Migrants in Theatre and MENA ARTS UK for their kind support in the creation of Borders.