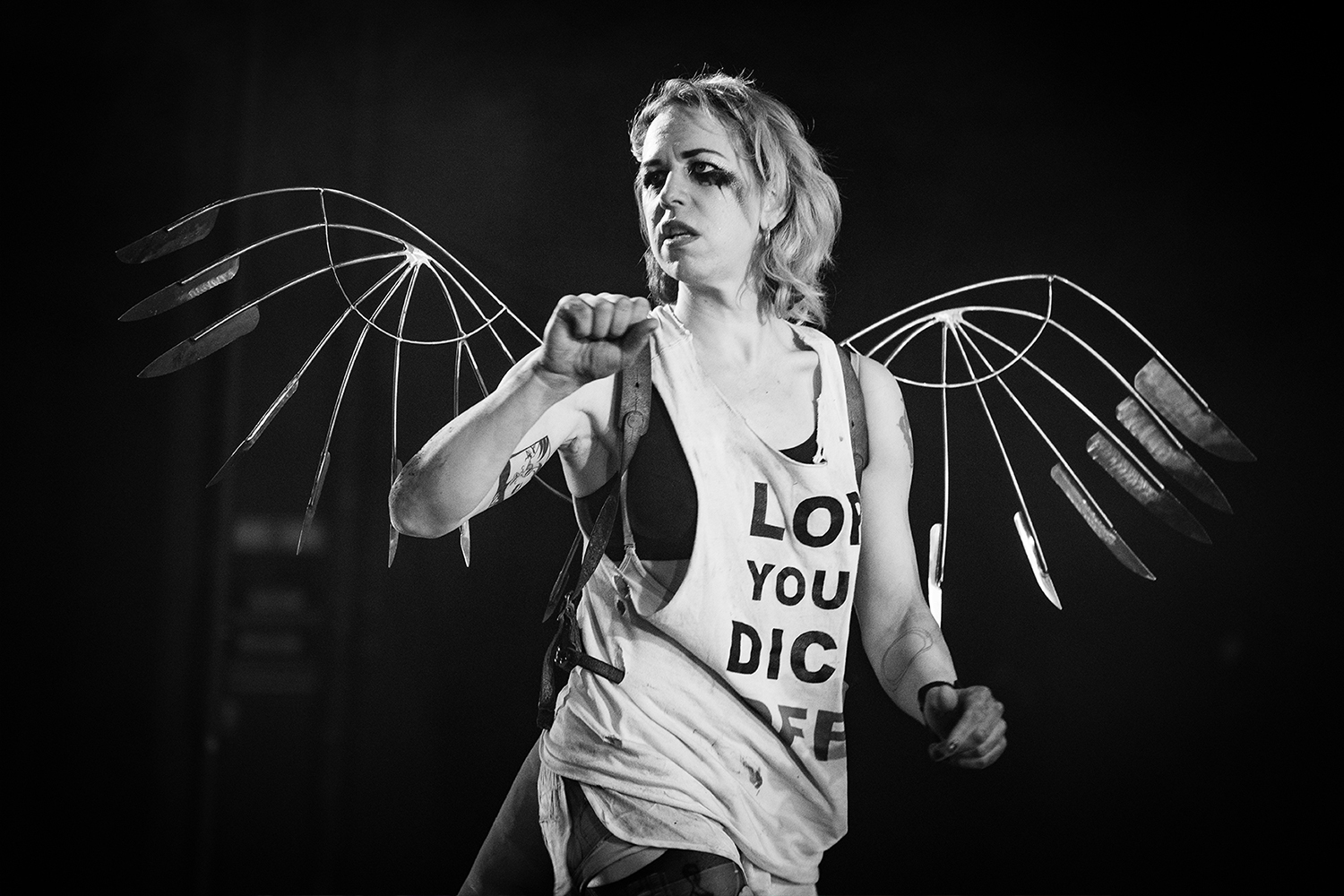 “We Are a Hearty Sisterhood”

We must bury our knowledge until the apocalypse passes.

Bearing wings made of sharp knives and shooting fireballs into the air, Emma Frankland weaves stories of trans ancestry with an interrogation of the controversial bio-technology of HRT. Hearty connects the cycles of fetishisation, violence and erasure that trans people have experienced for centuries. It’s messy, it’s on fire and it’s politically-charged.

Hearty is the fifth and final solo show in Frankland’s None of Us is Yet a Robot project – a series of performances which have been a response to her gender transition and the politics surrounding trans identity over the past seven years.

None of Us is Yet a Robot, Five Performances on Gender Identity and the Politics of Transition is published by Oberon Books and is available to buy from Methuen Drama.