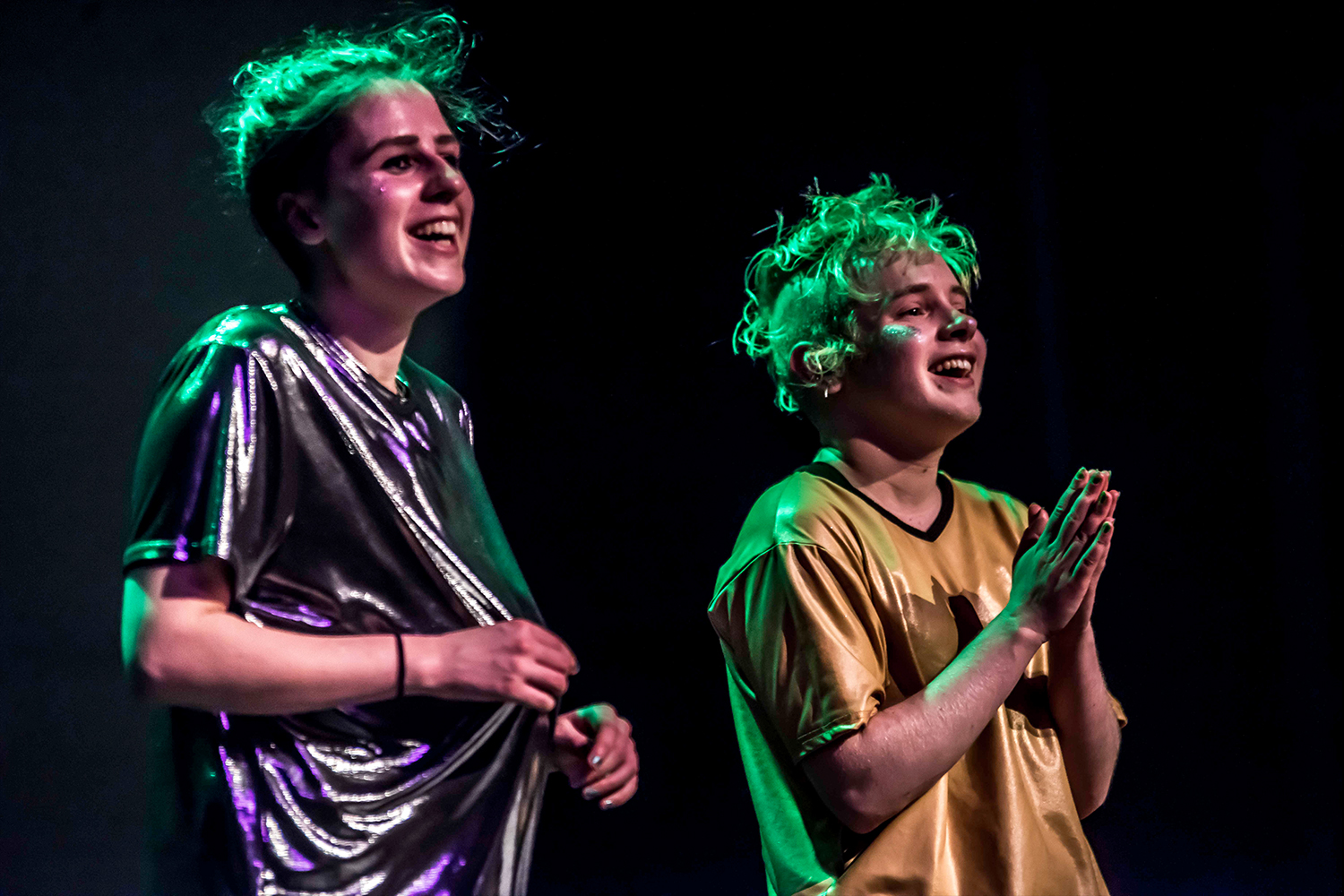 Two transgender performers say, “up yours!” to the gender binary and invite you to their radical dance party! Under disco lights, over pulsing music, a queer celebration takes place…

Set in nightclubs, Sound Cistem is an exuberant verbatim show about the cisgender gaze on the transgender body. Featuring recorded interviews from trans and non-binary people, a self-love manifesto is made through riotous, glittering disco. This duo keep moving to reject conformity and shame, despite the current transgender debate. See the beauty in these bodies, and your own, too.

ABOUT PLASTER CAST
Plaster Cast is a trans-led, Manchester-based theatre company, whose aim is to use theatre as a vehicle for radical politics. We are committed to creating incisive work which stands in solidarity with marginalised people, and to reach those estranged from these dialogues. We aim to be an example for radical visions of how the arts industry and society could operate, and use our platform to engage, educate and equalise. We are committed to accessibility in all areas of our work. Our practice heavily features physical theatre, movement and devising.