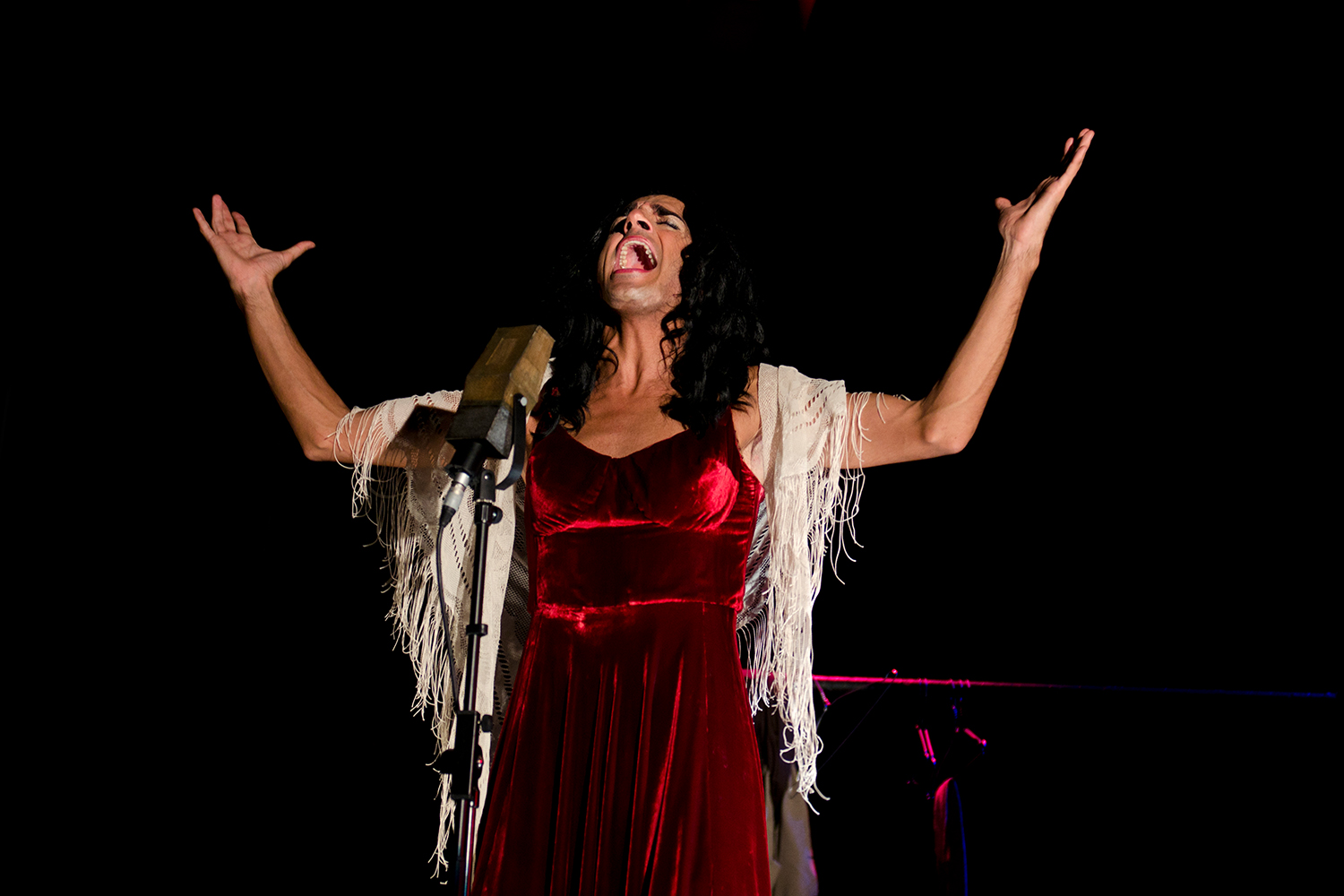 In the heart of the Spanish Civil War, drag artist La Gitana is rescued from prison by a group of Republican fighters and sets out on a mission to spy on the forces that captured her. She moves continents, becomes a drag sensation, finds love… yet struggles to merge her Spanish past with her American future.

Through it all, she sings to us – with live musical accompaniment – through Copla, a genre of folk music repressed by Franco’s dictatorship and rarely performed outside Spain.

In partnership with SHOUT Festival