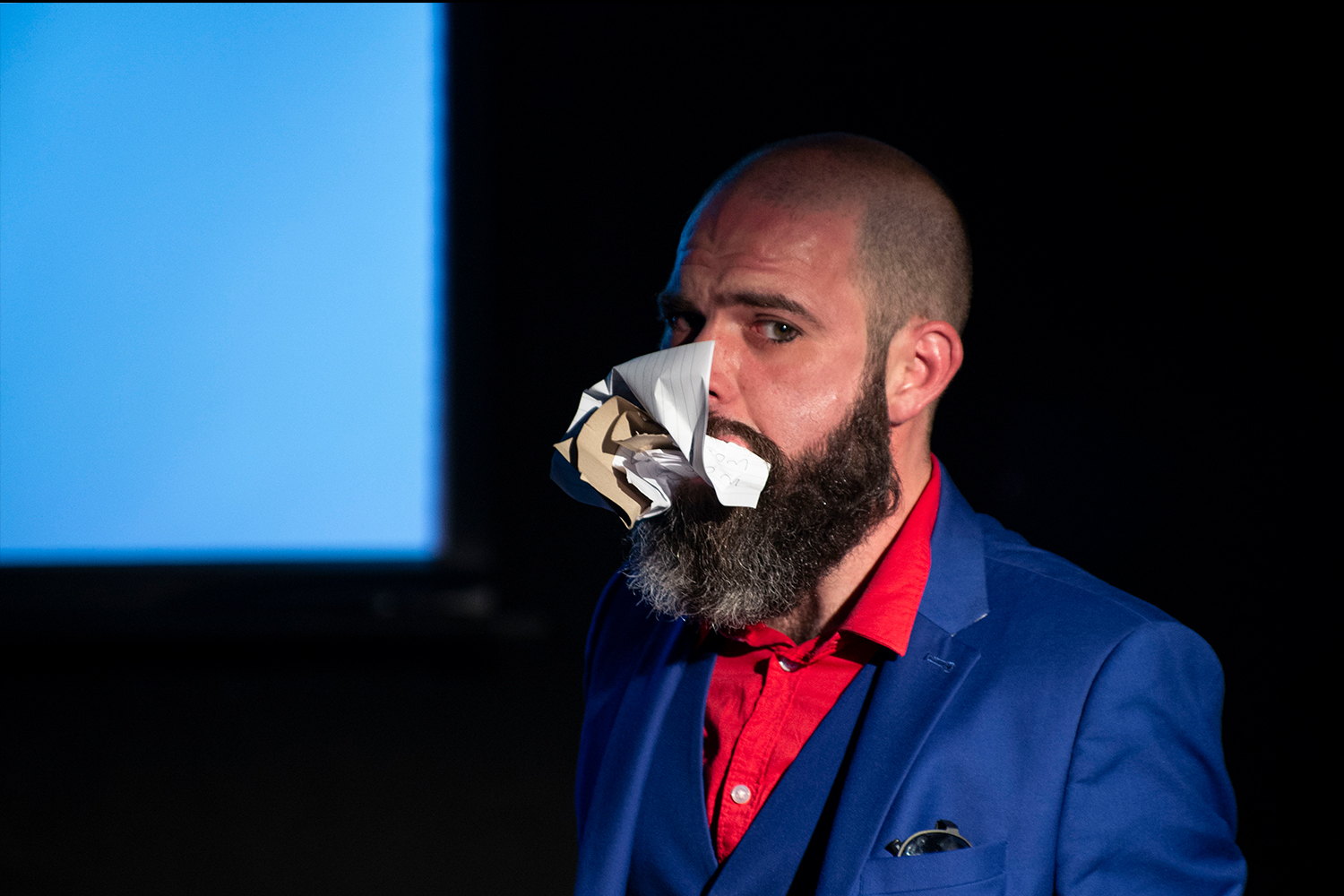 Performed as part of a double bill with Pablo Pakula: Yes No Black White (a snowflake sonata)

In today’s confrontational climate, this audio-visual performance opens a safe space to interrogate offence. Like an ink-blot test for your deepest offence-taking mechanisms, it invites you to privately position yourself, again and again. What offends you? How? Why? And ultimately, how will you respond?

Choreographed to a pumping soundtrack, this lo-fi spectacular won’t tell you what to think, but it will test your buttons. A moral, sensory attack on your psyche.

Pablo Pakula is a Birmingham-based European Mongrel making performance as an outsider. His work is driven by the conviction that Queer shouldn’t be an adjective, but a verb.

There is an accompanying Zine to this performance, which you can view here.