Home Events An Evening With Glamrou 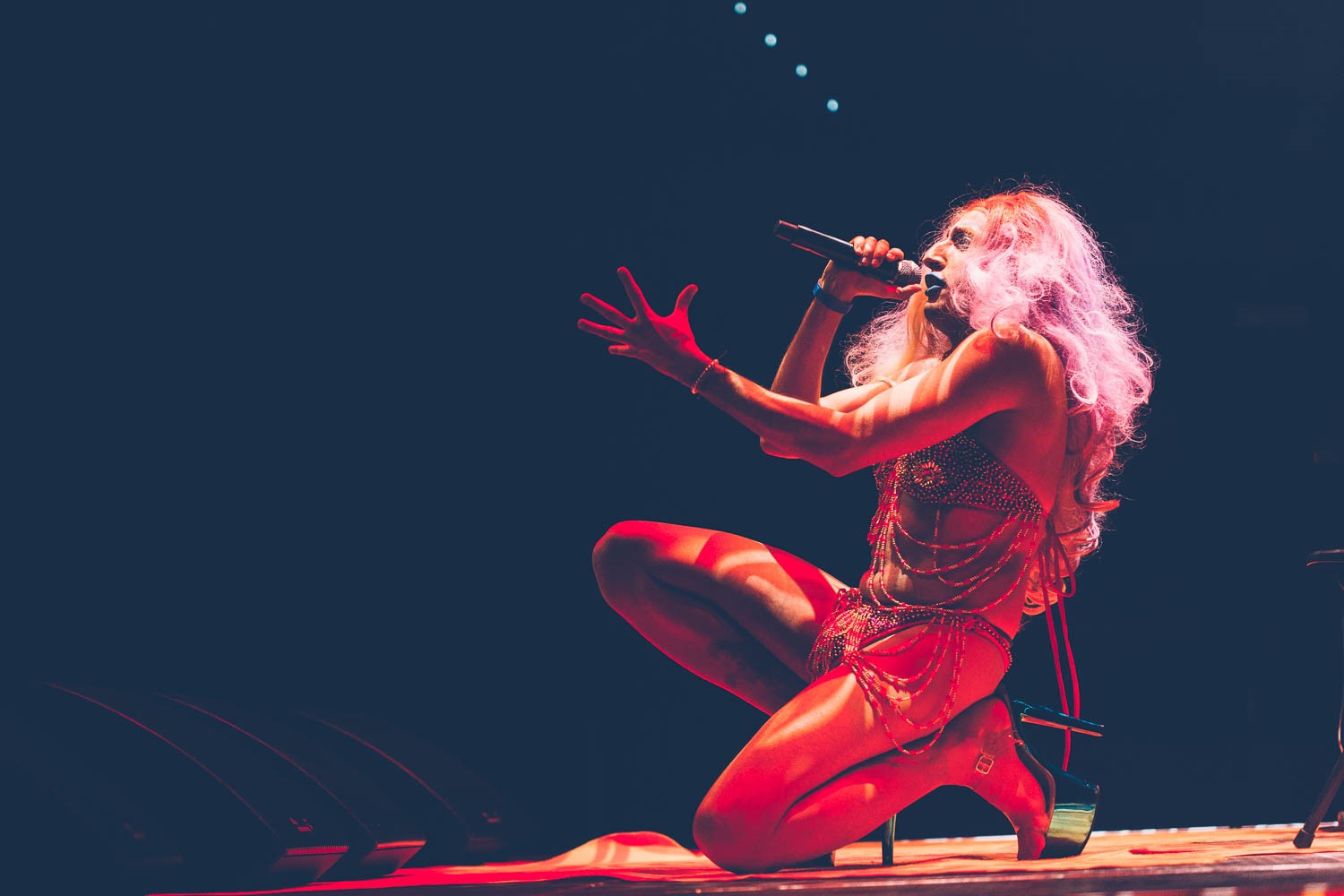 Queer Iraqi-Egyptian drag artist Glamrou and Queer Egyptian theatre director and chef Seif Abdel Salam have been collaborating for over a year on Glamrou’s solo drag show, Quran to Queen, which explores the intersections of race, faith, and queer Identity. Join them as they reveal exclusive snippets of their creative process, and discuss the challenges and opportunities of telling queer stories from the MENA region.

Amrou is also the writer/director of four short films that all share a focus on queer intersectional people of colour. The latest is Anemone (2018), created with BBC Films and Film London, a film about a non-binary teenager who expresses their non-binary identity through the magic of marine life. The second is a commission for Nowness, an exploration of how female-bodied drag queen Victoria Sin transforms social space through their drag – this gained official entry into the BFI London Film Festival. The third is an autobiographical short film, which explores the relationship between drag culture and Middle-Eastern femininity, and a genderqueer Arab boy’s memory of their Muslim mother (screened at The London Short Film Festival, BFI Flare, LA Outfest, and distributed by Peccadillo Pictures). The fourth is an experimental short documentary commissioned by the BFI & BBC4, Clash (2017) , critiquing how period dramas erase the diverse reality of Britain. It is told through candid interviews with queer people of colour, alongside staged parodic period drama sequences. It was broadcast on BBC 4 on the 24th of September to 125k viewers, and is now available on BFI-player.

Amrou wrote and starred in the short film Nightstand (2015), executive produced by Stephen Fry and distributed by Peccadillo Pictures theatrically and on DVD. The film has screened at festivals globally, including the BAFTA recognised LSFF and Oscar qualifying Athens International Film and Video Festival, and LGBT Festivals from Paris to Melbourne.

As a performer, Amrou has been acting professional since the age of 13, and recent credits include the upcoming Venom: Let There Be Carnage (2021), The Souvenir: Part II (2021), Christopher Robin (2018), and The Cleansing Hour (2019). As a drag performer they’ve received notable praise on their work.

0 replies on “An Evening With Glamrou”