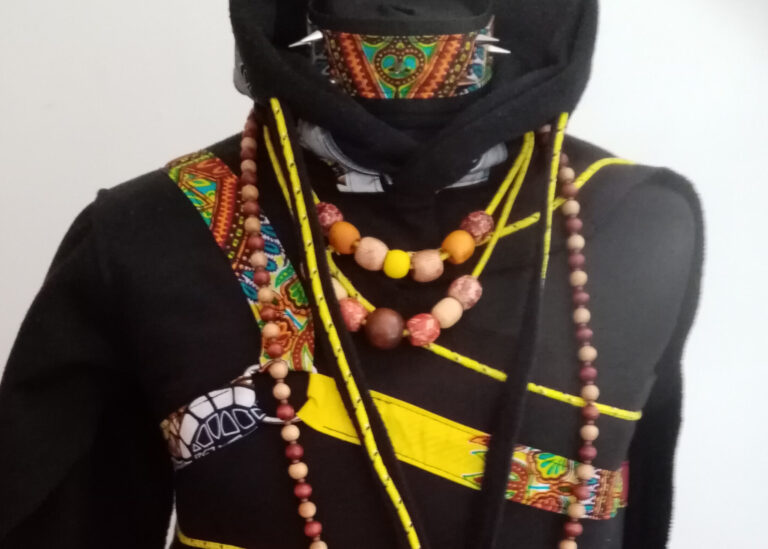 Kenneth Morris: How To Look GOOD

In preparation for this year’s Queer House Party at SHOUT Festival we would like to invite you to join us for an online “dress up extravaganza!”
We will be taking an exclusive peek into the design room of “House of Noir” with auntie miss Ken Noir, where he will be sharing some of his designs advice and top tips, for the perfect runway look.
With access to his online assistance, together we will be creating looks for presentation at the ball.
Requirements for the meeting: Safety pins

Kenneth Morris is a self-taught designer, seamstress and house “auntie” for one of the North West’s new and vibrant vogue ball houses, The HOUSE OF NOIR

A talent first recognised when he voluntarily began making flags and banners for a social and support networking group: LGBTQI+ people of colour “RAINBOW NOIR”
Banners which had not only been used for pride celebrations across the UK but have also made their way to the world pride parade in New York, and then on to an exhibition featured in Central library Manchester.
Trained as a professional hair stylist, his experience in stage, television, and session styling allowed for an easy and natural progression into becoming a part of HOUSE OF NOIR.
Snatching various trophies – from his debut in Leeds, through to Manchester’s very first Black Pride Vogue Ball, as well as Birmingham Hippodrome for the 2019 Shout Festival Vogue Ball – invited by Birmingham’s very own “HOUSE OF BAB”.
With designs that are creative, abstract, or just fun, his work can often be described as couture for the critical thinker. Fashion filled with hidden messages of politics, pride and self expression.
Recent features:
Manchester International Festival “Festival in my house”
Homotopia “fettish fashion collection”
MCR pride “House of noir kiki” & “virtual parade”

0 replies on “Kenneth Morris: How To Look GOOD”