Home Events Micro Commission: 15st9lbs at the time of writing 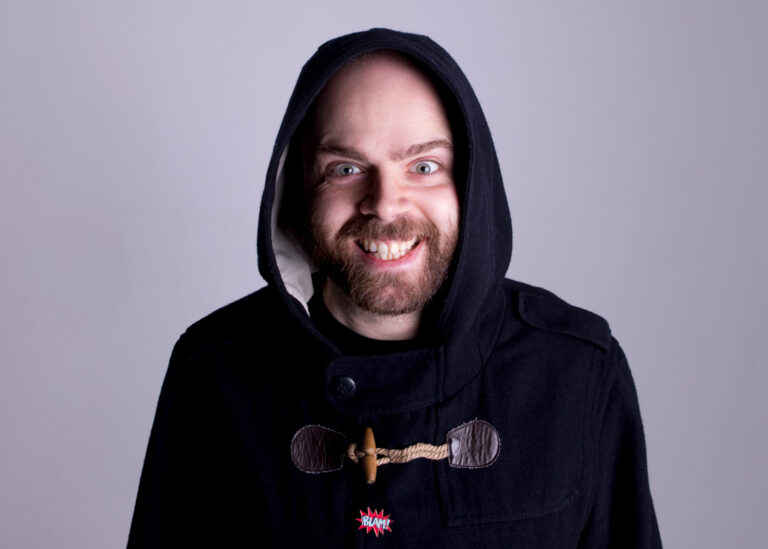 Micro Commission: 15st9lbs at the time of writing

I had a zoom interview for a job and one of the panel asked me “What was my greatest
achievement during lockdown?”
I glanced at the open buttons around my waist on the only smart shirt that still fit me, and the
scruffy trackies thankfully out of view of the camera and said “my greatest achievement during
lockdown is exercising every-day and still managing to put on over a stone”

‘15st 9lb at the time of writing’ is a semiautobiographical summary of Dan’s experiences during lockdown, focusing on mental health and identity, positive body image and learning to love yourself within the new normal.
The show consists of monologue style sections of spoken word and poetry, discussing such topics as putting on weight during lockdown, getting drunk at zoom quizzes, starting anew and working from home and making a long-distance relationship work during a pandemic.

Dan Webber is an award-winning LGBTQ+ Spoken Word artist based in Derby.
He has appeared at Edinburgh Festival Fringe, The RSC, YNOT Festival, Leicester Comedy Festival, Reading Fringe Festival, Faversham Fringe, Nottingham Poetry Festival, Derby Poetry Festival, Queer As Jokes London and Incite at The Phoenix Artists Club.
Dan has supported Robb Johnson and Joe Solo and appeared alongside LGBTQ+ Poet Laureate Trudy Howson.
In 2016 he was named BBC Local Poet for Derby for National Poetry Day, in February 2018 performed as part of the 25th Birthday celebration for Leicester Comedy Festival and in 2019
competed in the inaugural Comedy Bloomers LGBT Comedian of the Year awards.
His first collection, Genre Fluid, a study into labels in the arts, in everyday life and in the LGBTQ+ community was published by Big White Shed, with support from The Big House in June 2019.

A show of the book has toured since 2019 and was awarded Best Solo Show at Morecambe Fringe 2020. A ‘Quarantine’ edition of the show was commissioned for Coventry Pride 2020, and a pre-recorded version has been streamed at Reading Fringe Festival and as part of Pride Ludlow at Ludlow Fringe.
Dan has performed digitally at The Hollywood Fringe Festival Virtual Cabaret, Leeds LGBT Literature Festival, Provisional Art’s Loud and Queer Extravaganza, Gloucester Pride,Warwickshire Pride, Southend-On-Sea Pride and as Part of Nottstopping Festival.
Dan’s current project is ‘The Derby Witness’ a poetry street art installation written in response to COVID-19 commissioned by Derby Feste.

0 replies on “Micro Commission: 15st9lbs at the time of writing”