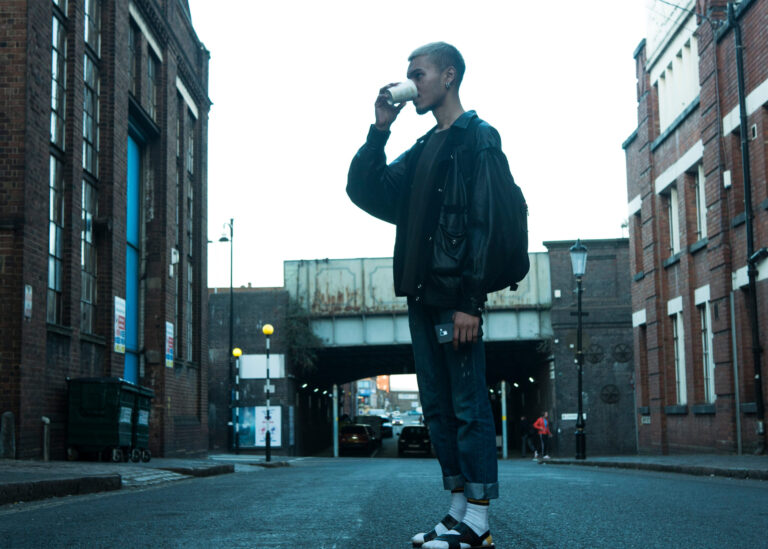 A live collection of works by HeretiX. HeretiX brings a sensory experience through live music and performance, showcasing the current trajectory of music and the ever-changing definition of ‘Pop’. Ascension brings to you a show to open a door to the darker expressions of the queer mind. With a Queer Muslim Bangladeshi background, HeretiX represents how we deal with identity by showcasing the unspoken, creating dialogue and visuals to illustrate the difficulties of being queer in a widely conservative culture, and being able to express yourself through explicit music, irrespective of the heteronormative and religious barriers faced within your community. The collection labeled ‘Ascension’ draws inspiration from the Queer arts and self-awakening. The versatile array of soundscapes and fusion of mainstream and underground sounds amalgamates into this mechanic beast, bringing transcendental energy and self-awareness. Ascension contrasts the religious themes associated with the title by the sheer output of musical distortion, yet still creating an atmosphere of subjugation. The dysphoric mood of the music explores the more nuanced experiences of queers; isolation, loneliness and the longing for community. HeretiX’s latest works introspectively dives into a more lighter tone, contrasting from their earlier self titled EP yet still retaining the core essence of the music project.

HeretiX is a music project where Nadim Ahmed sonically explore themes of sex, substance and the psyche
of a queer mind. Expect deconstructed sounds, styles and genres to reform them into a textural
soundscape.
HeretiX itself is a projection of Nadim’s more abstract thoughts which they cannot simply verbally or
visually express. It is a conjunction of the whirlwinds and maelstroms found within a queer
body, forming itself into constructive audio peaks and troughs. This project came to fruition as
a result of years of honing my ability to design with sound, and forming a political
understanding of my identity and culture.
As a Queer Muslim producer, Nadim’s works have manifested into many forms, from music,
painting, filmography and creative direction. They personally have dedicated their time to immerse
themselves into their queer community and intersection, and has always continued to produce and
organise spaces for QTIPOC and creatives within Birmingham.