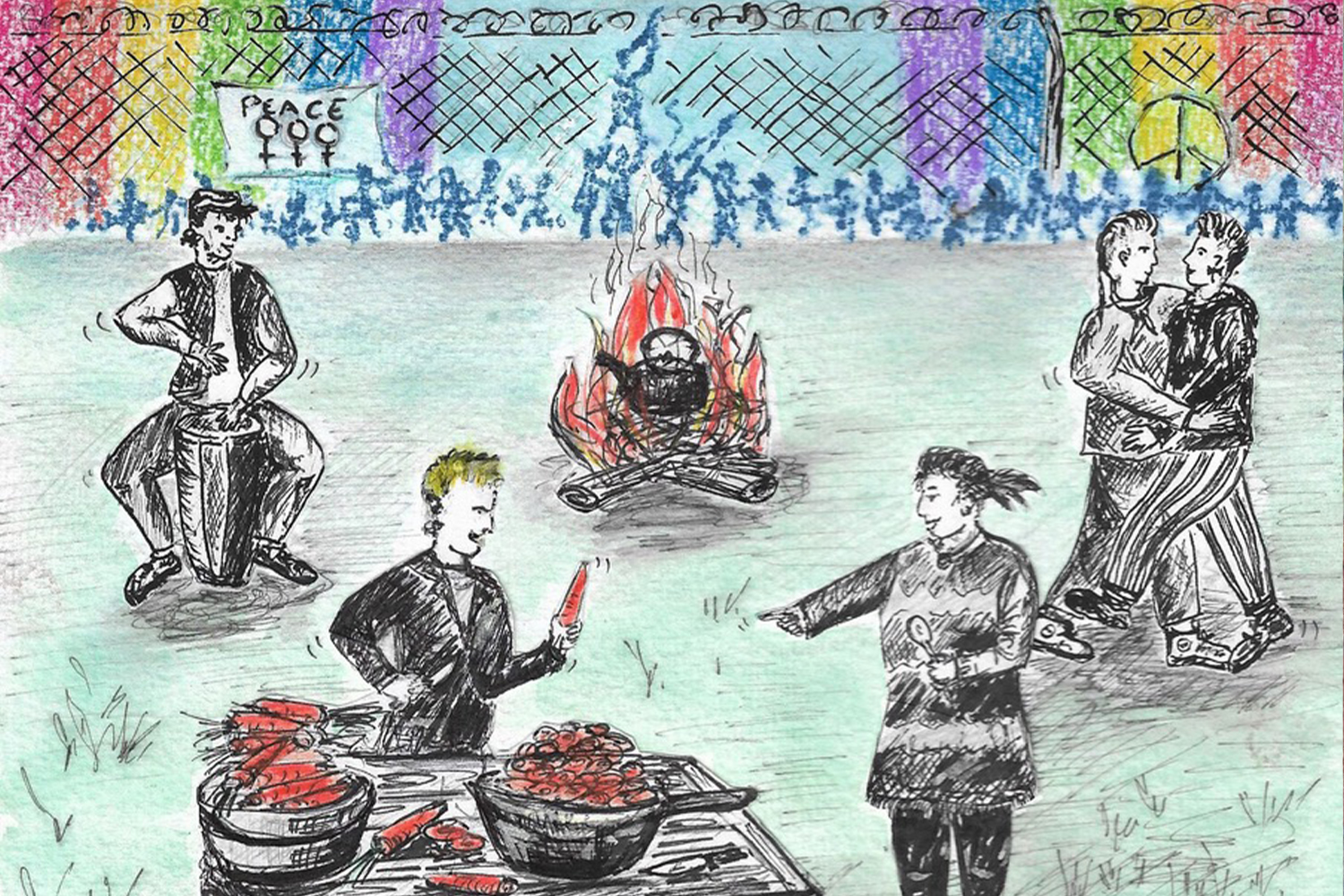 “Pretending to Protest” is an audio piece about the 40th anniversary of Greenham Common Women’s Peace Camp. Developed by the award-winning group Echo Chamber. Led by Radhika Aggarwal, this audio piece explores protest camps established in 1981 to stand against the decision of the UK government to place nuclear missiles in Berkshire, England. The camps were described in the press as a “hotbed of lesbian sex”. At the time, for many of the participants who occupied the grounds, Peace Camp became a space for love, care and activism that created this unique space.

This piece will premiere through the SHOUT YouTube channel during the festival and will be available for FREE.