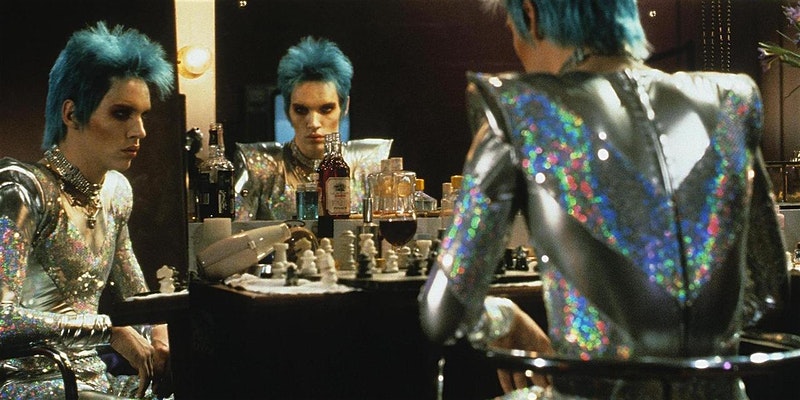 Free (Donations for the community groups are welcomed)

What better way to end the festival than with a musical drama. In the cult classic Velvet Goldmine glam rock star Brian Slade (Jonathan Rhys Myers) plays a character on stage named Maxwell Demon who predicts his death on stage. Shortly after he announces his prediction, he fakes his own death and is exposed as a fraud. A decade later in 1984, a reporter and former fan, Arthur Stuart (Christian Bale), tracks down the former rocker to do an article on his life and downfall. Arthur interviews the man who discovered Slade and a peer (Ewan McGregor) to understand Slade’s motivations. After the screening we’ll be sitting down with Brum Bi Group to talk about the lack of representation, on and off screen, the issues within the bisexual community that stem from that.

Brum Bi Group is a community group operating in Birmingham that gives Bisexual people a place to socialise.